Our work
Services
‎Express
About us
MENU

SHALL WE MOVE ON TO ACTION?
LET US CREATE THE BEST PRODUCT FOR YOU

The Willow Yard
Drawn the design and developed the website for the biggest pub in Dietikon, Switzerland. The challenge was to create a design that would convey the atmosphere inside the pub. The pub has three or more events every day, which we had to show visitors organically and not bore them with event advertising. At this point we can safely say that we have developed the best website for a pub in Switzerland on a budget. 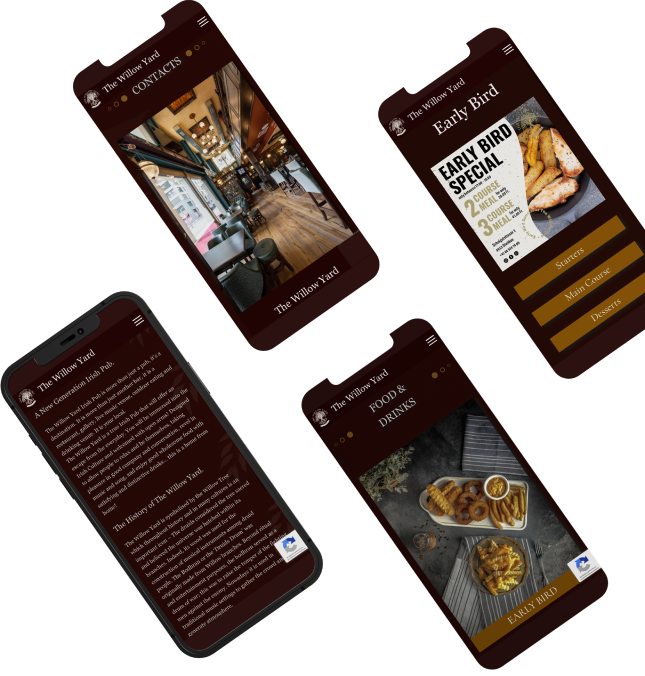 History
The Willow Yard is symbolised by the Willow Tree which throughout history and in many cultures is an important icon – The druids considered the tree sacred and believed the universe was hatched within its branches. Indeed, its wood was used for the construction of musical instruments among druid people.
The Bodhran or the ‘Druids Drum’ was originally made from Willow branches. Beyond ritual and entertainment purposes, the bodhran served as a drum of war; this was to raise the temper of the fighting men against the enemy. Nowadays it is used in traditional music settings to gather the crowd and generate atmosphere. 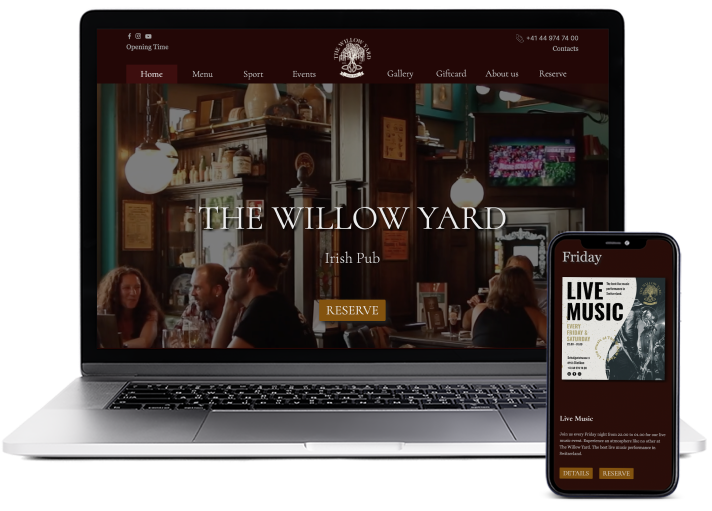 Events
For users' convenience, the website shows the current events of the day on the home page. We have made a user-friendly navigation, which allows you to browse through the events without feeling a strong information load. User comfort is the main objective in the design. 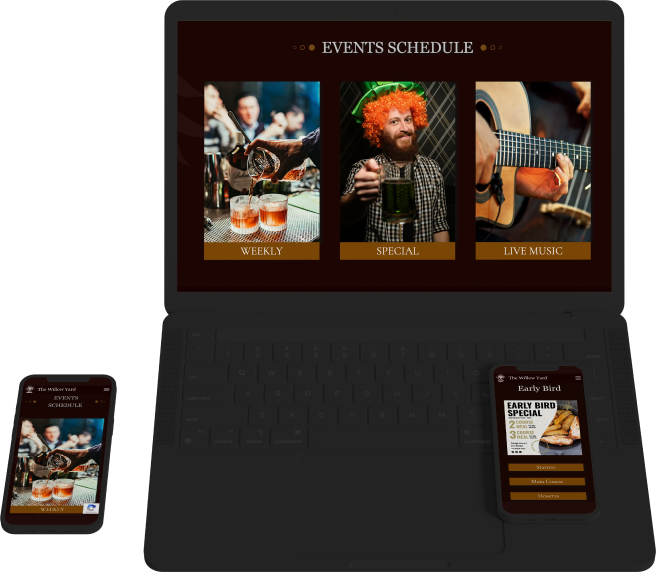 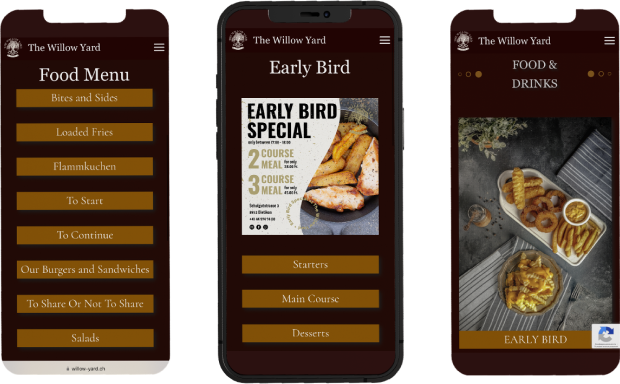 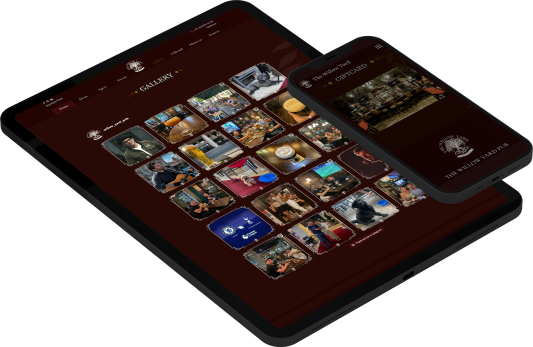 SHALL WE MOVE ON TO ACTION?
LET US CREATE THE BEST PRODUCT FOR YOU